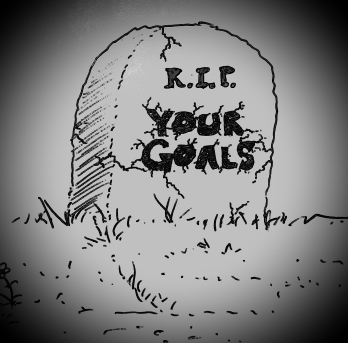 Thanks for coming back to what is essentially me engaging you in provocative diatribe about the selfish nature of humans.  I promise there’s a point to all this, and I will get to it at the end of the last segment of Grok Death to Grasp Life.

If you haven’t read the prior segments, here are links to Part 1 and Part 2.

Last week I concluded by claiming that all values are entirely subjective, and never intrinsic.  I may have pissed a few of you off.  Back for more?  Here we go.

ABOUT THE SCOPE OF YOUR GOALS:

So what then, is an appropriate value?  If they are all selfish, why do we adhere to them?  The simple answer is that we are unable to not have them.  We gather perceptions, build them into concepts, and form them into values (or let others inform you of values and accept those instead).  It is how our minds work; we do not possess the ability to stop.  Further, we do not possess the ability to survive without it.  Judgement is what stops an ape from lying down in a fire, and it stops you from drinking drain cleaner.  We are built to judge and create values, and live our lives by them.  S’okay.  Go with it.

The fallacy is in believing that the goal you seek to accomplish will in fact achieve something “bigger than yourself”.  You may achieve something that affects other people or other lives, but you can never, ever achieve anything that has a significance bigger than you are able to appreciate – because your appreciation is exactly the largest parameter that can be used to judge its value.  And your appreciation is entirely subjective, and thus, internal.

But feeding the planet for a month is no mean feat, that is a big deal and would be an incredible help to the entire world.  The fact that this was your goal, your personal, internal goal, does not diminish it.  It is a testament to the significance of the individual, as are all acts.  Claiming that you are doing something “bigger than yourself” is a strawman tactic for evading the responsibility of setting your goal, laboring to achieve it, accepting your success or failure, and weathering the praise or criticism (by others or by yourself) for the outcome.  Those who fear failure, those who hate themselves, those who fear success, they can use this as a means to prostrate and subjugate themselves, their will, and their responsibility to “a cause”, which is nothing more than a goal that has been abandoned by individual owners.

Some will ask, what about goals you accomplish in a team?  Or in a large group?  Or as a society?  And this is another matter about which I have much to say.  But for now, consider that a society is a collection of individuals.  It is not a being.   It is a group of beings.  Each one has its own rights, its own goals, its own values.  That you share some of these does not make you all into a single, comprehensive being.  Your goal, your assumption of its responsibility, is not diminished or augmented by the presence of the rest of the team.  You cannot escape the responsibility of failure of your goal any more than you can accept credit for the success of others’.

Yep, I’m calling you out on your responsibility to your choices.  Sorry if I triggered an existential crisis.  If I did, you’ll want to return next week when the discussion turns back to talk about you, dying.  Yay, more fun!

I suppose it would be too late to warn you that in the absence of differing opinions, I will just get preachier and preachier.  Tell me I’m wrong and I may argue with you, but who knows, you might just change my mind.  Evidence is always king.

Come back for next week’s installment, Part 4!